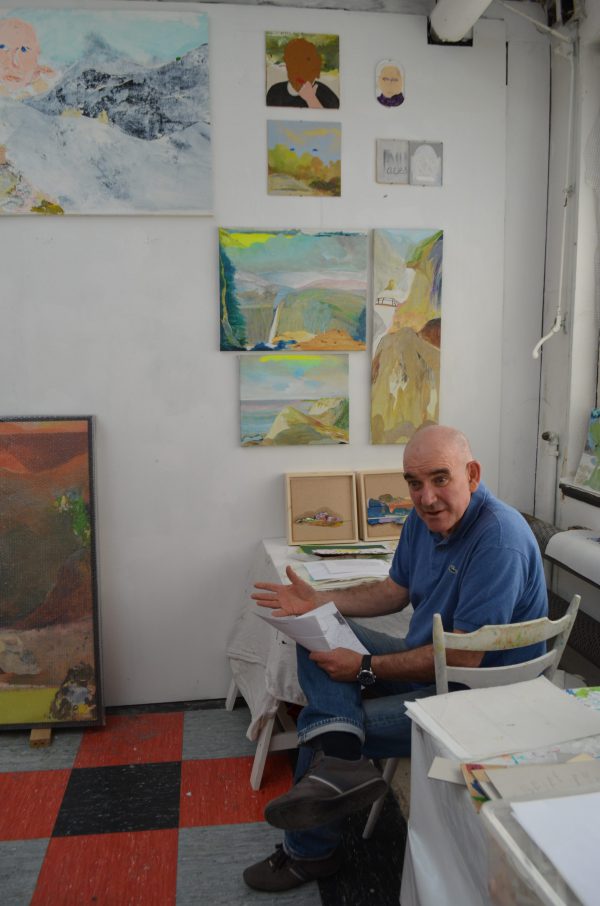 Born in Australia, Peter BOND moved to Europe soon after Art School. He lived in Berlin in the early 70s and later moved to London where he completed his Bachelor of Arts. In Paris Peter BOND worked for 10 years at the famous Atelier 17 of S.W. Hayter where he learned and excelled in etching. An opportunity to teach etching at Penrith University in Sydney brought the artist and his family to Australia for a year (1987), before settling back in a large studio in Paris.It is at that time that Peter BOND turned to painting large landscapes, or rather « -scapes », as he wonders from land to sea over hills to mountains.Often starting out with a familiar object or figure on the bare canvas, Peter BOND then covers it with layers of paint, which he often scrapes back letting reappear what was painted at the start. No waste: the scraped-off matter finds its way back somewhere onto the canvas, giving the work a very tangible materiality. These pieces stand out like rocks on the edge of a cliff, something to hang onto at the verge of the abyss.For Peter BOND’s works are pictures of the mind. No Escape !Text by Sonja R. BAUMANN.